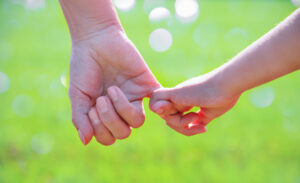 Divorce is difficult to determine. Nearly 750,000 divorces occurred in 2019 alone. Many of them involved child custody.

It may feel overwhelming to deal with children’s issues on top of financial and personal ones. Yet it is possible to make determinations for your child, once you know how the process works.

How does the child custody process begin in Georgia? How should parents maintain contact with their children? What happens during court appearances?

Answer these questions and you can make a healthy future for yourself and your child. Here is your quick guide.

The two parties file petitions for child custody along with their divorce petitions. The petition should include a parenting plan form, which asks for details about the petitioner’s life.

The details may be very personal in nature. The form will ask about work hours, medical conditions, and financial information. But the judge needs to know this information in order to determine how custody will work.

One party can file for an emergency custody order. This is also known as an ex parte order. This will grant the petitioner full and immediate custody of the child.

A person should file an emergency order under rare circumstances. Their life and/or the life of the child must be at immediate risk. The other parent may kidnap, abuse, or assault the child if they maintain custody over them.

Once the initial documents are filed, the two parents can work together on developing a parenting plan. Each of them should have a child custody attorney.

This will let them stay within the bounds of the law and expedite the child custody process. If the two parents do not want to speak to each other, their child custody lawyers can make negotiations.

The parenting plan should detail steps that both parents will take to raise their children. Many co-parents are content with a 50-50 plan.

They will split the time they have with their children evenly. Some co-parents switch off at the end of a week or month.

The co-parents should also decide on financial responsibilities. Each parent is expected to pay some amount toward their child’s healthcare, education, and other expenses.

But one parent may pay more if they make more money. The co-parents can work out a child support agreement, or they can tailor a payment for a specific purpose. One parent can pay more for education or food while other expenses are split evenly.

There are a number of ways that parents can decide on housing. One parent can live in the family home while another moves out. The child can then move in between each home.

The parents can also decide on a birdnesting approach. The child remains in the family home while the parents circulate out. This may prevent disruption during and after the separation process.

It will take time to hash out the exact arrangements. Co-parents should be patient and communicative, at least with their lawyers.

Spending Time With the Children

It is essential that both co-parents offer support to their children during the separation process. They should try to maintain the connections they had before the process began. This includes having meals together and attending extracurricular events.

Each co-parent can have conversations about the process with their child. They should assure them that they did nothing wrong and that the process is going smoothly.

Under no circumstances should the parent pit the child against the other parent. Parents should avoid talking about the reasons for the divorce or any legal complications.

An older child may want involvement in the process in some way. They may want to offer their thoughts on where they want to live.

It is okay for the child to express their thoughts, but they should avoid picking a side. The child can write a document discussing their desires and send it to the judge.

Both parents may need to attend several court hearings. The hearings tend to be short, though they involve important issues.

It is very important that both parents seem professional. They should wear formal attire and be deferential to the judge and court officials.

During the initial hearing, the judge hears the issues present in the case. They ask to see the parenting plans and petitions from both sides. They then ask questions of each co-parent to determine what the right custody arrangement should be.

A judge’s highest obligation is to the child. This means that they have the leeway to adjust or reject arrangements, even if both parents agree on them.

The judge will take time to consider all relevant factors. They will then issue a parenting order that both parents should adhere to.

They will break down physical custody and legal custody. Both parents may be allowed to see their child, but one parent may have the right to make decisions for the child. The parents must carry out the decision, though they can modify terms as time goes on.

The child custody process involves several steps. It begins with the filing of court documents. Co-parents should describe their assets and living situations to the judge.

The two parties should then work together on a parenting plan. They should negotiate how they will divide parenting time and cover the child’s expenses.

Along the way, both co-parents should remain involved in their child’s life. They should also attend any relevant court appearances and abide by the judge’s ruling.

Do not traverse the child custody process by yourself. Blake and Detchemendy Law Firm serves the Augusta area. Contact us today.