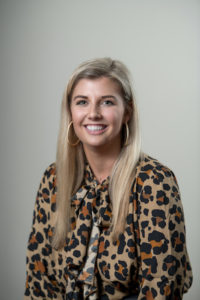 After graduating from Mercer in 2016, Garner attended law school at Washington and Lee University School of Law in Lexington, Virginia. While at law school in Virginia, Garner was appointed to serve on the Executive Committee’s University Board of Appeals and was Chair of the Justice Lewis F. Powell, Jr. Distinguished Lecture Series. Garner’s legal studies primarily focused on domestic law and immigration law and she was a member of the Immigrant Rights Clinic, a legal clinic that provides legal services to persons in removal proceedings, both detained and non-detained, with a particular focus on refugees, unaccompanied minors, and victims of domestic violence. Upon graduating from Washington and Lee in 2019, Garner joined Blake and Detchemendy Law Firm as an Associate Attorney.

While still in law school, Garner performed her two summer internships at Blake and Detchemendy Law Firm, working directly under Sarah Blake. It was during these summers that Garner solidified her decision to pursue a career in Family Law in order to provide support and guidance to individuals and families, helping them through their personal hardships.

Garner is licensed to practice law in Georgia and may be contacted by calling our office or via e-mail: gstapp@augustafamilylawyer.com