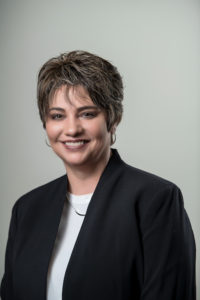 Melissa Detchemendy was born in Huntsville, Alabama and moved to Augusta in 1985. She attended Alleluia Community School in Augusta and received her undergraduate degree from Augusta State University where she double majored in Political Science and Psychology.

During her time at Augusta State University, Melissa graduated with honors and played basketball and volleyball on full athletic scholarships. Melissa then attended Law School at Indiana University in Indianapolis, Indiana where she graduated in the top 20% of the class and was a member of the Indiana Law Review.  Melissa fine-tuned her trial skills at Indiana University and was on the winning team of the Mock Trial Competition in 2004.

After Law School, Melissa returned to Augusta and  worked at Vic Hawk Law Firm. Over time, she helped expand the firm into the Hawk Law Group and was named partner in 2014.  In 2019 Melissa joined Blake and Detchemendy Law Firm to expand their Personal Injury practice.  Melissa has primarily handled car accidents and slip and fall cases for all her career. Melissa enjoys helping people rebuild their lives after they have been injured due to someone else’s wrongdoing or negligence.

Melissa is licensed to practice law in Georgia. Her practice focuses on all cases where a person is hurt because of someone else’s negligence or wrongdoing.