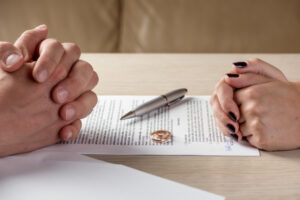 When people think of separation, they think of divorces. Nearly 750,000 couples received a divorce in 2019. It is true that each of these couples separated in the eyes of the law.

But divorce is one form of marital separation. Anyone looking to live independently of their spouse needs to consider all forms of legal separation.

What is a trial separation, and how does it compare to permanent separation? What exactly is a divorce? How do Georgia’s laws affect legal separation?

Answer these questions and you can create a smooth separation process in little time. Here is your quick guide.

A trial separation occurs when a couple decides to separate from each other. Both parties agree to spend some time apart and live in separate locations.

This is an informal form of separation. Some couples may be experiencing marital strife and need some time to clear their heads. They may want to see if separation would work for them or if they should try to get back together.

It is up to the couple to decide how they want to handle financial and parenting responsibilities. They do not have to go to court if they can make decisions between themselves.

Trial separations do not have to do with divorce or legal trials. A couple may decide to separate while they get divorced, but they can live together until they get a judgment of divorce.

Permanent separation occurs when a couple decides to live separately. It can occur after a trial separation, during which both parties realize that independent lives work for them. But it can occur due to irreconcilable differences within the relationship.

It may begin as an informal process. The two people decide to separate and give each other time to set up living arrangements.

Yet in order for the couple to be permanently separated in the eyes of the law, they must apply for a divorce. A mutual and uncontested divorce can result in a judgment of divorce within a short period of time.

Restraining or protective orders can create a form of legal separation. An order restrains a person from contacting or threatening the petitioner in any way. Someone who experiences family violence or stalking can file for one.

Temporary protective orders can last up to one year. A person may petition the court to extend the order or convert it into a permanent order.

A spouse who files an order against their spouse remains married to them. The order blocks communications, but it does not remove legal ties. They must file for divorce for that.

Some states have a clear concept of legal separation. It occurs when two spouses want to live independently of each other but do not want to end their marriage.

This is a good option if one person is dependent on the other for benefits. Someone who has religious objections to divorce can opt for legal separation in lieu of a formal divorce.

The state of Georgia does not have a legal separation process. But the law allows for separate maintenance.

At least one spouse must apply for it. They must be legally married and living separately from their spouse. Neither spouse can file for divorce before, during, or after filing for legal separation.

The two spouses will remain legally married, allowing them to receive benefits and exchange property. A judge cannot divide property between the spouses or award property to one particular spouse. For that to occur, a spouse must file for divorce.

Divorce is a permanent end to a person’s marriage. They are single in the eyes of the law and they can remarry if they would like to.

If a couple has children, they will have to decide on child custody. Most couples opt to split custody evenly, with their child spending similar amounts of time with each co-parent. But one person can maintain full custody, or one spouse can receive visitation time instead of custody.

A judge may decide to split property between the spouses. If both spouses earn similar amounts of money and have similar amounts of property, the split may be even. If one spouse is dependent on the other, they can receive spousal support.

The advantage of divorce is that it creates an opportunity for each person to live an independent life. Yet it removes any possibility of reconciliation. If a couple wants to get back together, they have to remarry to receive legal authority for their marriage.

A person does not need to hire divorce lawyers, but it is usually a good idea to do so. The divorce process can be complicated, even if an individual agrees with their spouse to separate.

An annulment is a legal ruling about a couple’s marriage. It states that the marriage was never valid to begin with, so it is void in the eyes of the law. This is different from divorce, which regards the marriage as being valid but no longer sustainable.

Georgia law limits the grounds for an annulment. It can occur if the two spouses are close relatives of each other. It can also occur if the marriage began when one spouse was under the age of 16 or did not consent to the marriage.

Get Help With Your Separation

A trial separation is an informal separation between two spouses. It can lead to permanent separation, during which a couple decides to part from each other.

Yet legal separation in the state of Georgia can only occur through separate maintenance. The couple remains married, but the court understands that the spouses live independent lives.

A divorce is a final break that provides full independence for each spouse. Annulment only occurs if a marriage breaks state laws.